Start typing and press
Enter to search
Skip to content

You guys remember that show FearFactor?  I’m pretty sure I could have won it.  I’ve never had any ‘real fears.’  Get in a bucket with snakes? spiders? If the price was right, sure.  Jump off the tallest building? Sure.  I’d ride anything, go anywhere, jump off or out of anything, I’d pretty much try anything at least once.  Ok, I would have struggled with having to swallow the snail guts, but you get the point.  I’ve never had a phobia or been able to easily answer that age-old question, “what’s your biggest fear?”

That was until motherhood.  Now I’ve found there is this voice that wants to constantly whispers: “You are not enough.”  “You are going to mess them up.”  “You are failing them. As wife.mother.daughter.friend, you need to be better”  It’s so easy to look on social media and see clean houses and put together moms.  You know the type, the ones that make homemade crayons shaped like dinosaurs.  The ones who lay everyone’s outfits out the night before.  The ones that make all their kids GF snacks from scratch and would never ever do fast food.   Then there’s me over here, telling my kids not to shove crayons up their noses, wearing swimsuit bottoms as underwear because the laundry’s backed up (again), and I’m pretty sure the lady at McDonald’s knows my kids by name.  Hey, it is what it is. 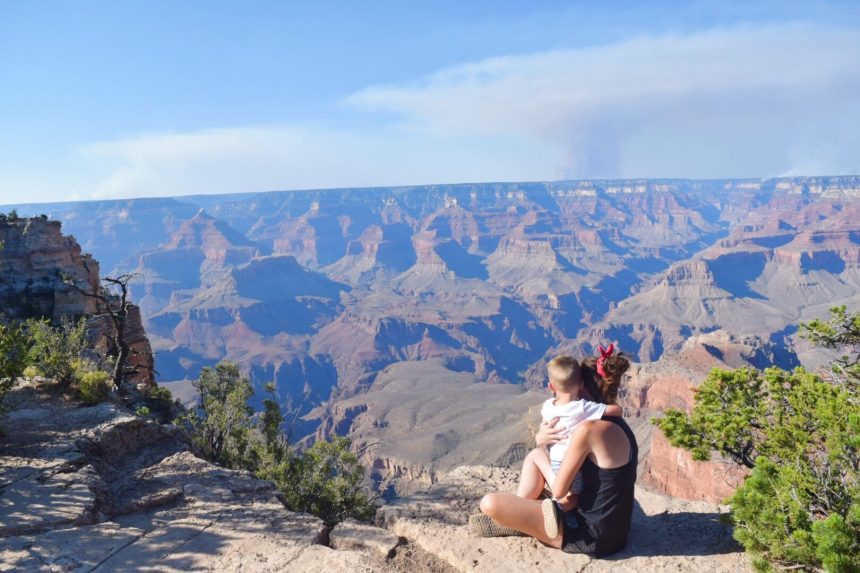 I don’t have to look far to fill my list with the areas I come up short.  I’ve lost it more times than I’d like to admit.  My tantrums are sometimes worse than theirs.   I want to hurry them less and let them be more.  To yell less and make my words count more.  To nag them less and teach them more.  To disappoint them less.   I want to spend my time where it matters and not on things that won’t.  I want less tears (from them and from me).  Too often I feel like I’m getting it more wrong, than right. And it’s there, that voice whispers, “this mothering thing, it’s not for the faint of heart, and you’re a mess and you are not enough, and you will never be enough.”  But y’all that’s fear talking and fear is a liar, and it can never be trusted. 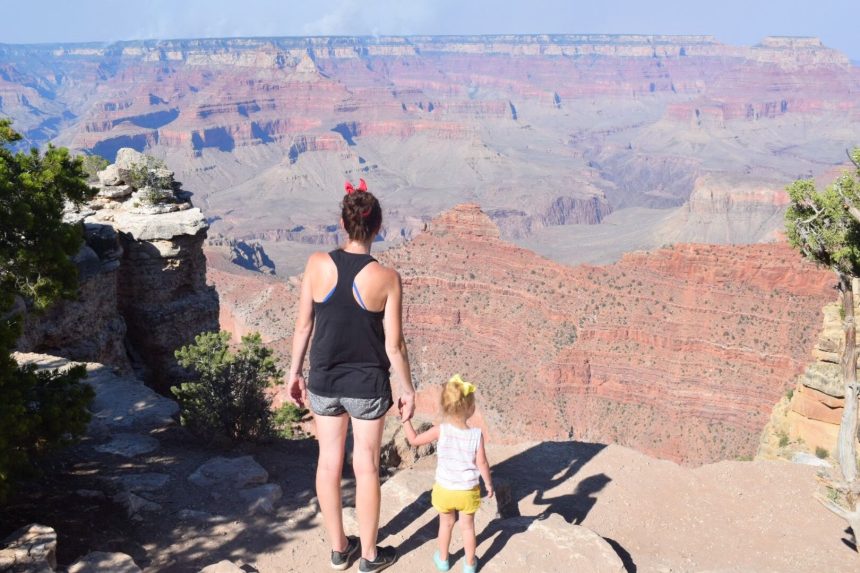 Ann Voskamp said, “The way to survive the waves is to keep the beat of your heart in rhythm with the One who walks on water.” And it’s there I find my truth.  I don’t have to measure up because the One who numbered the hairs on their heads already measured me as worthy when He gave them to me.  God knew each one of my shortcomings, my failures, my faults and still saw, no sees, me as enough.  He fills the cracks, the holes, the gaps and when it seems like everything is falling apart, it’s then that everything is really falling together.  You are enough because He is enough.  And that my friend is the truth.  This is where we need to set our camp; so that when fear comes knocking you can send it straight to the depths of hell because that is where it came from. The enemy is after something far more valuable than your confidence. Wiping butts and tears all day might seem mundane and pointless, but maybe the importance is not in what you are doing, but in who you are raising.  The enemy is a thief and destroyer of all that is good (John 10:10).

I’ve used this quote by Jen Hatmaker a dozen times but her words continue to resonate with me.  “Scared moms raise scared kids.  Brave moms raise brave kids.  Real disciples raise real disciples.”  How am I going to raise brave kids?  Kids who know how to live in spite of their fears and insecurities. How do I teach them to drown out the voices that don’t matter and listen to the only One that does?  I do it first. It starts with me.  It’s showing them that real strength and courage aren’t given or bought, they’re forged.  It’s pressing on despite my fears. It’s teaching them that I am limited but my faith rests in the One who knows no limits.  It’s living out the notion that ‘comparison is the thief of joy’ (Theodore Roosevelt).  It’s letting them watch me build up instead of tear down.

It’s showing them that real power is found in grace.  Grace from the Father, grace for myself, and grace for them.  It’s living out the daily act of bringing my severely lacking lot before the Father to see what He will do with it.  I’ve found on days where I give him all that I have He does far more than I ever could.  It’s believing He knew what He was doing when He gave me these hearts to shape.  It’s time to let go of those fears and insecurities, because here- right here-  this is where the good stuff happens.  And I don’t want to miss it.

So mamas let’s quiet the noise, find the only Voice that matters.  Let’s tune our ears and and hearts to that rhythm because fear is a liar and there are too many little eyes on us to be buying it.

Captain’s Log: Quarantine Day 14: We are waterlogged. Which translated for us today into puddles + mud-pies. My backyard isn’t the only thing that looks different these days. And I’m not just referring to the fact that I now have day pajamas and night pajamas. In the midst of the uncertainty I find hope in these words: “Though we are in uncharted waters the one we follow walks on water” @annvoskamp #camdwildandfree
Captain’s Log: Quarantine Day 12: “An observant child should be put in the way of things worth observing.” Charlotte Mason. #littleladyjames #theaceofchase
Captain’s log: Quarantine Day 11: The glorious sun is out. Summer is my favorite season. But spring will forever hold a special place in my heart. It’s a reminder that what we see isn't always what is. For months it’s looked barren and dead- yet now life begins to burst forward from every corner. No matter how long the winter- spring will always follow. #camdwildandfree #theaceofchase #littleladyjames
Captains Log: Quarantine Day 10: We’re knee deep in fractions and puppy potty training. We’re officially out of ‘clean’ pajamas and my chocolate stash is running low.- the words “pace yourself” have taken on a whole new meaning 😬 And yet our days are filled with heaps of sweetness and so so much grace. This mama is learning to slow down, to lean in, and find the beauty in the chaos. May you all find the Addi James to your Chaser- that special friend that listens to you read from your dino-encyclopedia for the 100th time. #littleladyjames #theaceofchase
Captains log: Quarantine Day 6: All reason is gone. Everyone copes with quarantine in different ways. Meet Cooper: our coping mechanism. It’s fine, we’re all fine. #littleladyjames #coopercorona
My plans may have been cancelled, but I was reminded today by a friend that God’s plans are never cancelled. #littleladyjames